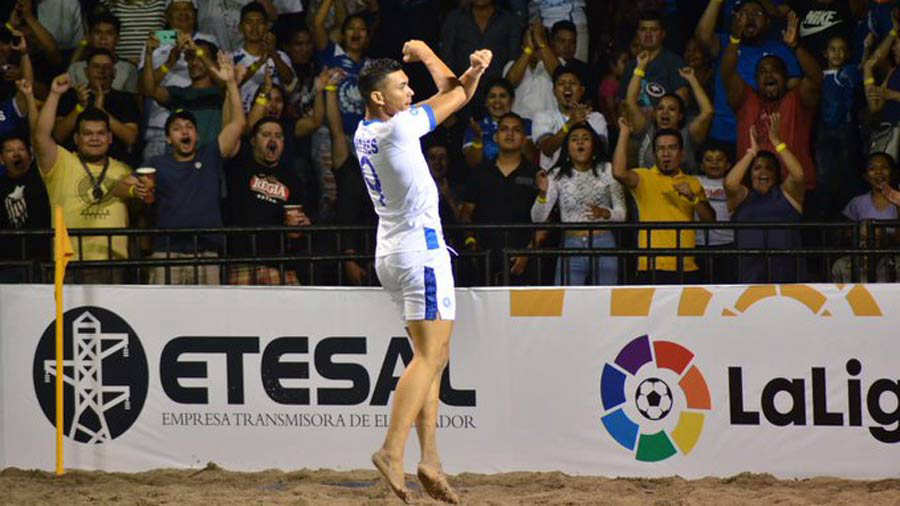 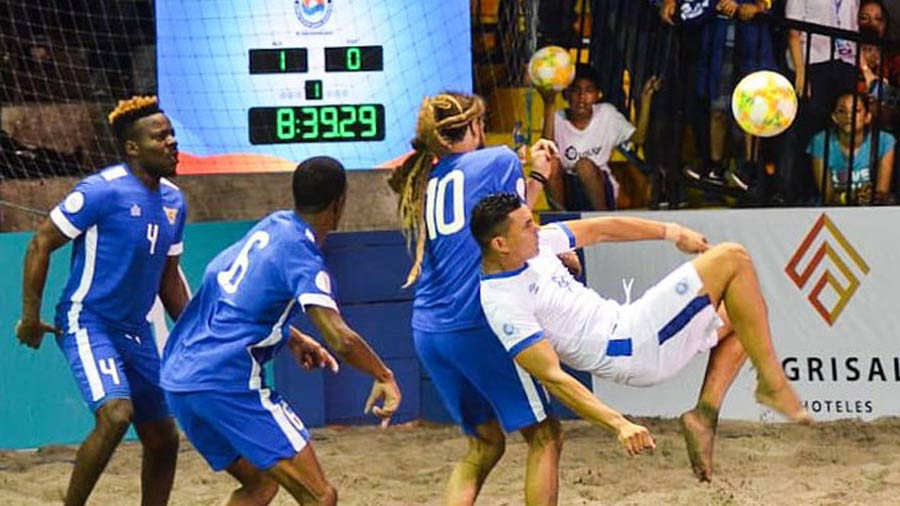 Mexico, USA, Panama and El Salvador will vie for the two tickets to Qatar at stake

Bahamas and Panama gave this World Beach Games - Qualifier El Salvador a truly brilliant opening, with a game with fourteen goals, drama, comebacks, and even a penalty kick shootout... And that was just the first game in the competition.

Bahamas stepped into the fight in full strength, and Panama found it impossible to counteract the inspiration of the Baha Boyz, who built a consistent 4-goal advantage during the first 12 minutes.

The 2017 Concacaf champions did not let that wide deficit take them out of the game, and got themselves ready to fight to overcome that disadvantage. And they brilliantly did, indeed, with a stunning 5-0 run to turn score around from 0-4 to 5-4. Gavin Christie, before the time ended, would come to Bahama's rescue, tapping in the 5-5 to put the Panamanian momentum to an end.

After one period clearly dominated by each team, the third one became a stroke exchange that had Bahamas ahead again, only to see Panama counteract to turn things around again. Lesley St. Fleur would balance things bag for the Caribbean side, with the 7-7 midway into the last leg.

The score would not move again despite very clear chances on both ends, and the battle progressed to extra time. Goal chances did not stop in the supplementary three minutes, but none of the teams would take advantage of them, so the penalty kick shootout became the only way to decide the first semi-finalist of this World Beach Games - Qualifier El Salvador.

During the shootout, Panama stayed perfect to grasp a win that seemed impossible only some minutes before, and grasped the first berth at the semifinals of this World Beach Games - Qualifier El Salvador.

The US National Beach Soccer Team sealed their access to semi-finals of the World Beach Games with a solid victory over Trinidad & Tobago. Despite the Trinitarians brought on a tough resistance during the first period, the wider experience and talent by the Stars and Stripes side.

Despite Oscar Reyes, on two occasions , wanted to have The US Beach Soccer National Team get in control, Trinidad & Tobago would not let their opponents too far, and equalized the score on two occasions. Jason Santos' hit in the last breath of the first period let Eddie Soto's side get to the first break 3-2 ahead.

After that balanced opening period, USA took the reins of the game and with two 3-0 runs, one in the second period, and another one in the third, cruised to a consistent win. Omri Baird pulled one back for Trinidad & Tobago with five minutes to go, but there was little Yuri Chapman's men could do at that point.

The final 9-3 sends USA to the semifinals of this World Beach Games - Qualifier El Salvador, where they will fight for one of the tickets to the coming World Beach Games, to be held in Doha (Qatar) between 11th and 16th of October.

Defending Concacaf champions Mexico fielded all their authority today as they run past Guatemala to get one of the semi-finals spots at this World Beach Games Qualifier El Salvador. The Azteca left no room for doubt today, and showed that the ticket to the FIFA Beach Soccer World Cup Paraguay 2019 and the Concacaf throne had not satiated their thirst for more wins.

A 4-0 run in the first period, including a hat-trick by Néstor Martínez, left things really unbalanced already. Guatemala was facing one of the most efficient and prolific versions of Mexico, and they could do little more than stomaching goal after goal. William Alvarez put the Mexican momentum in pause midway into second leg, and it seemed that the 7-1 could calm things down for the Chapines.

But as the third period began, Mexico kept doing what they had been doing all the game: scoring goals. Maldonado and Villaseñor widened the gap to 9-1 and, despite Guatemala's late efforts, the fate of the game was more than sealed already.

After this win, Mexico will take on the USA National team tomorrow (3.30 pm) in fight for one of the tickets to the World Beach Games.

El Salvador win big to get amongst the best 4

The Salvadoran Beach Soccer National Team stormed past US Virgin Islands today to secure a place in the semi-finals of this World Beach Games Qualifier they are hosting in the capital city, San Salvador.

The Cuscatlecos started hammering their opponent right in the very first minute of the game. Ruben Batres, with four goals today, became the hosts' top scorer, in a game with braces by Herber Ramos and Tin Ruiz.

After a 4-0 run in the opening frame, the Azul Playera kept drilling their opponents nets, building an incontestable 10-0 advantage that left little room for speculation.

Aranes added his name to the goal chart pulling one back for US Virgin Islands, but his goal was little more than an anecdote in a game absolutely decided in favour of El Salvador, who will now take on Panama in search for one of the tickets to Qatar at stake. 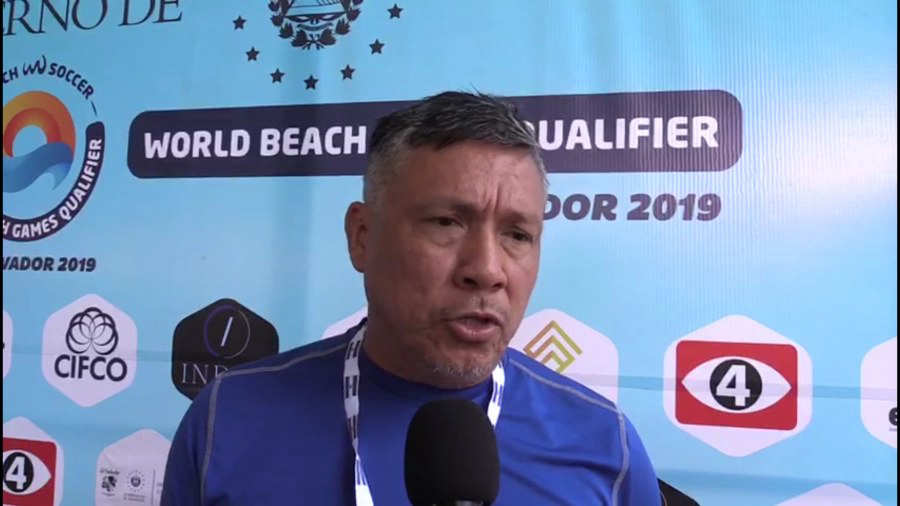 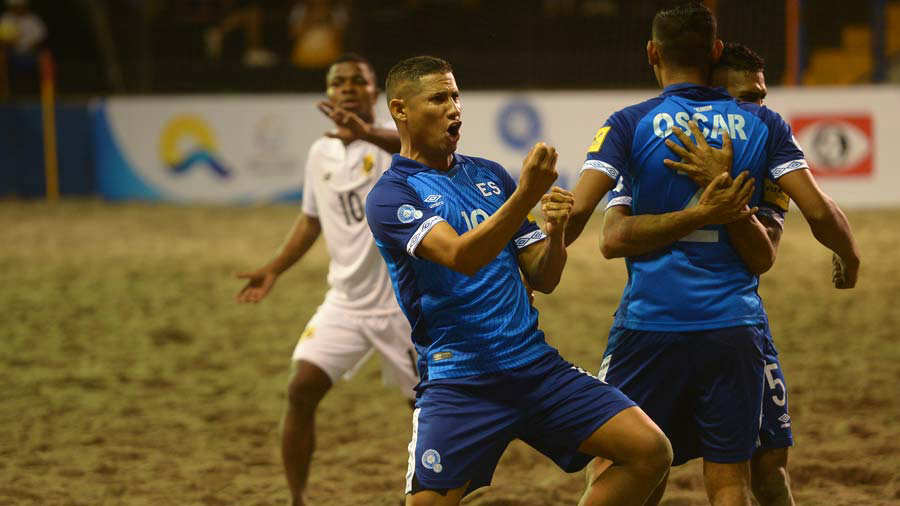 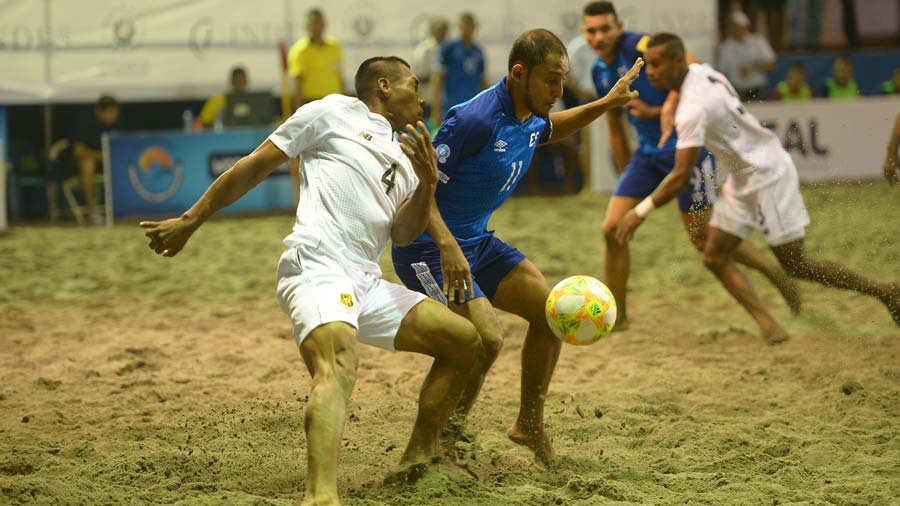 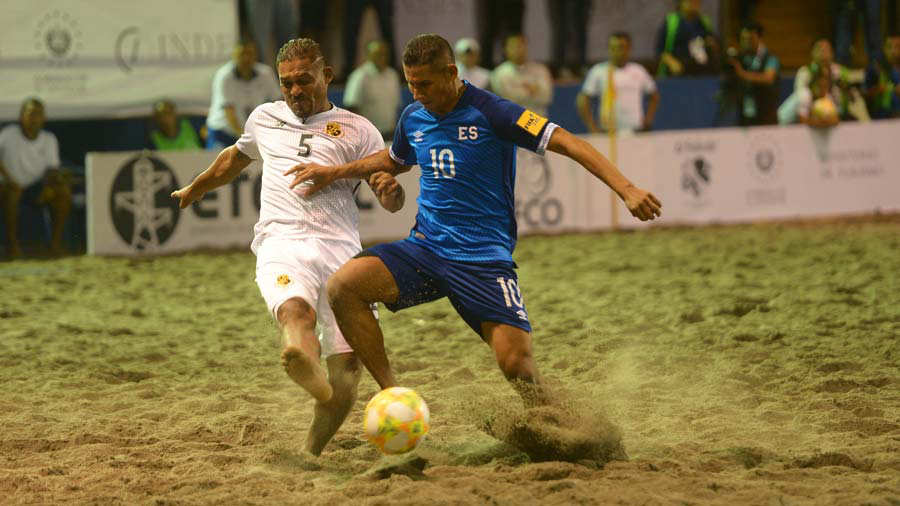 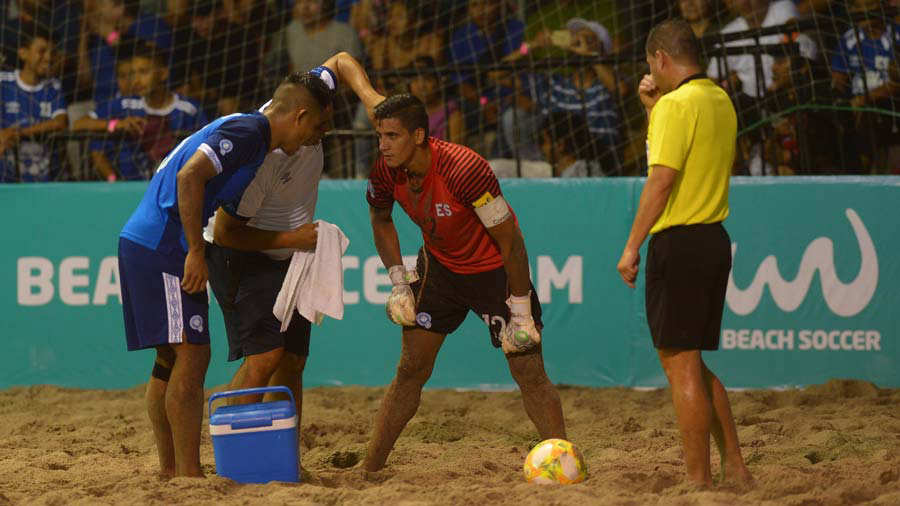 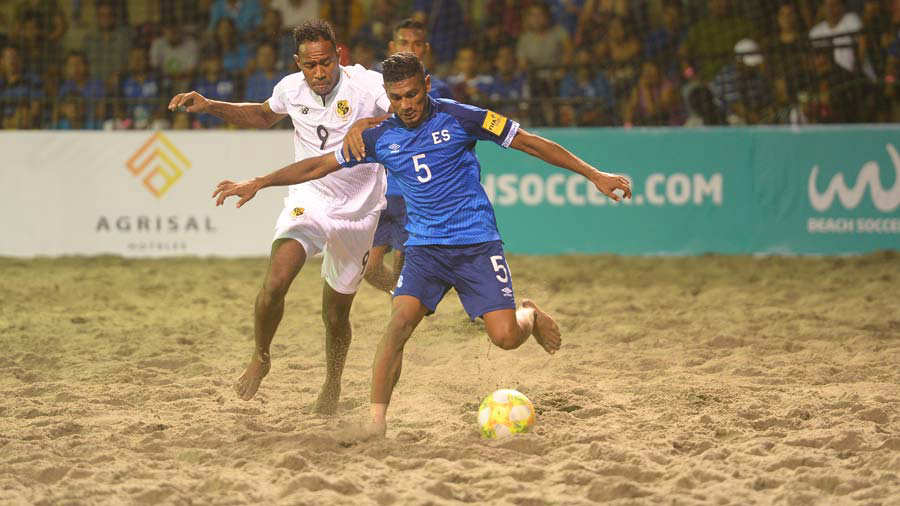 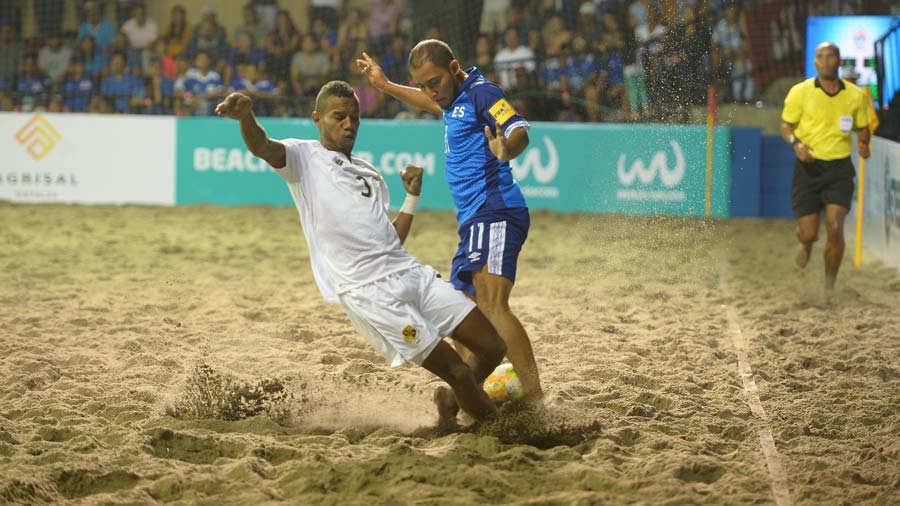 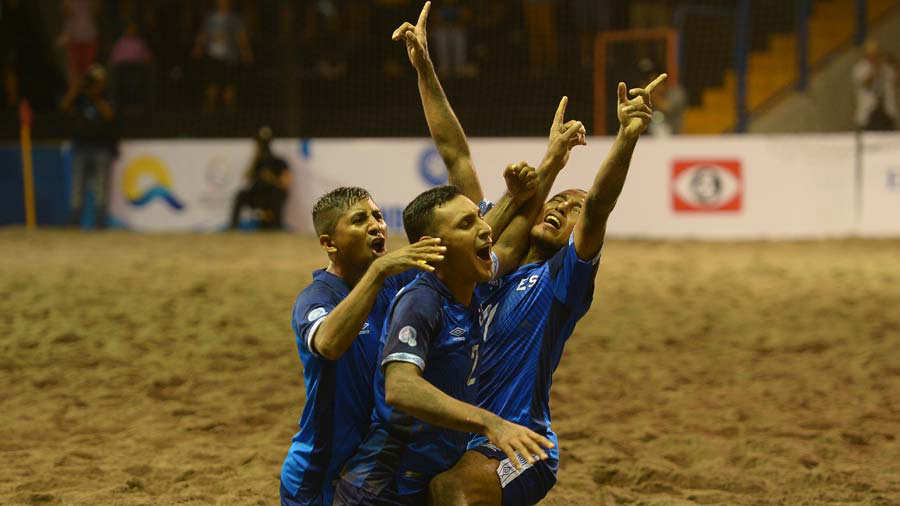 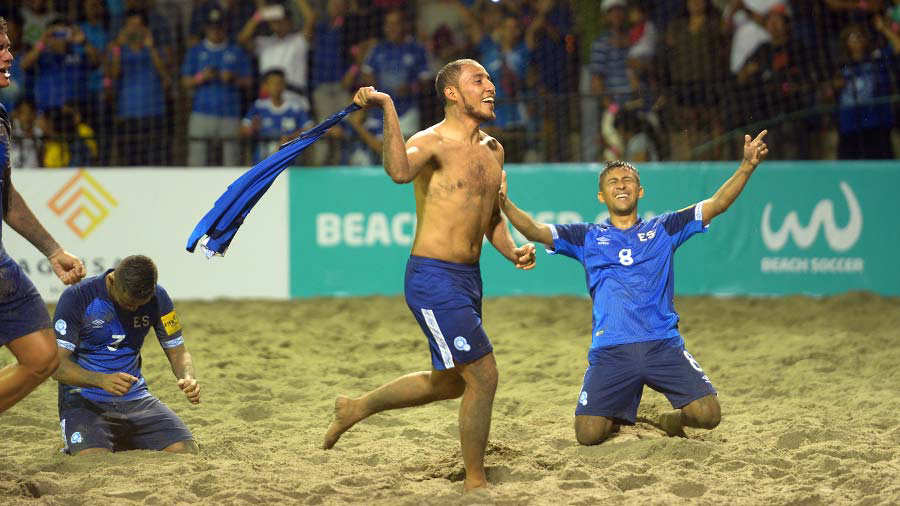 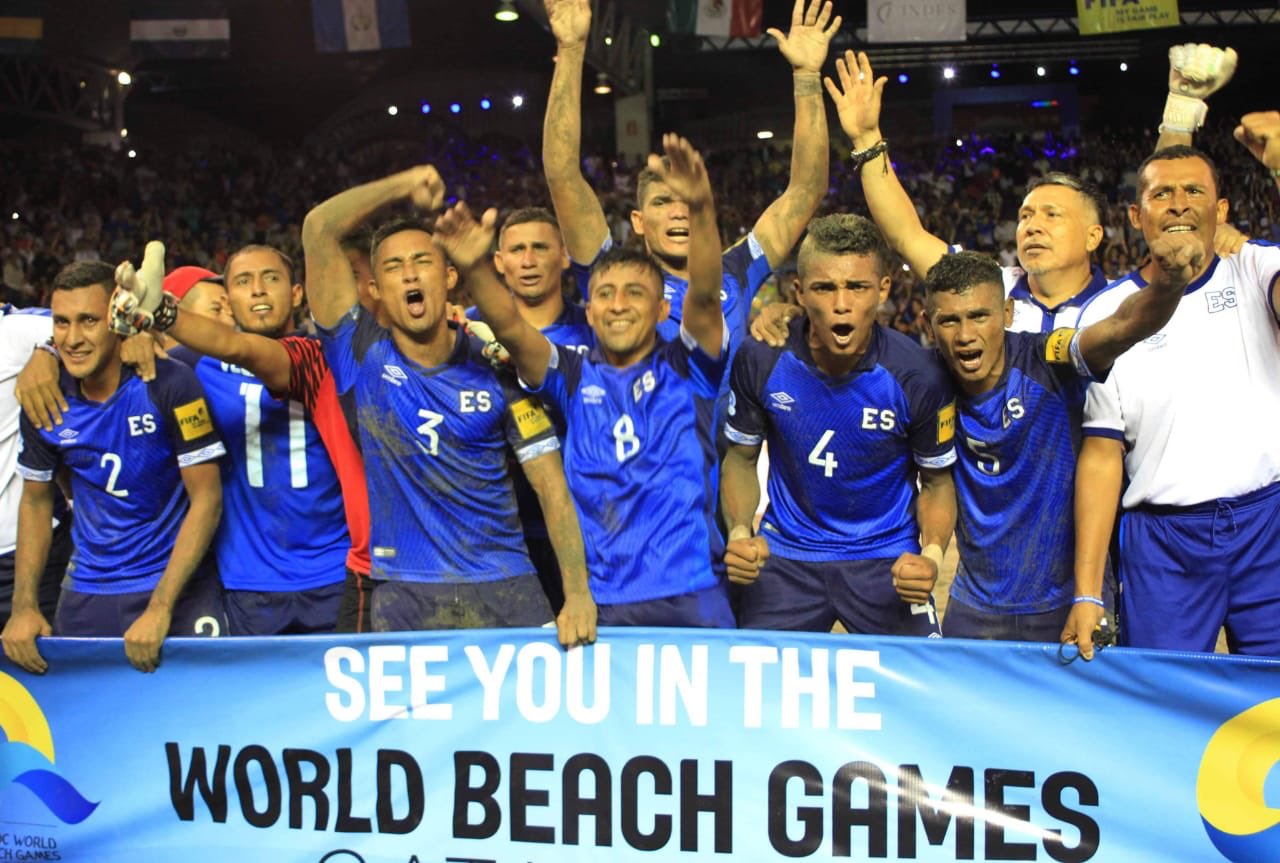 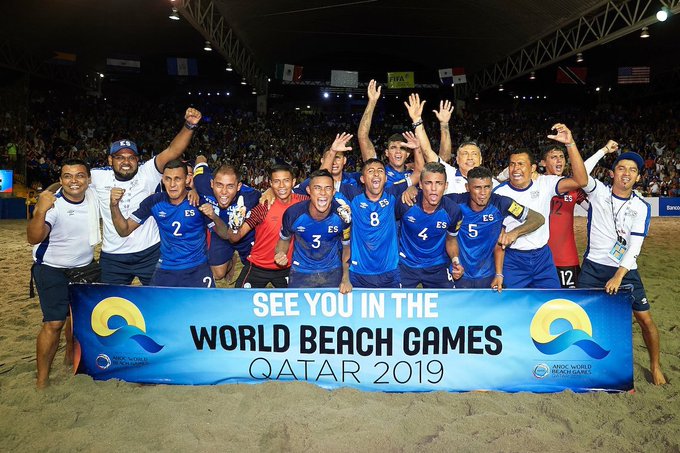 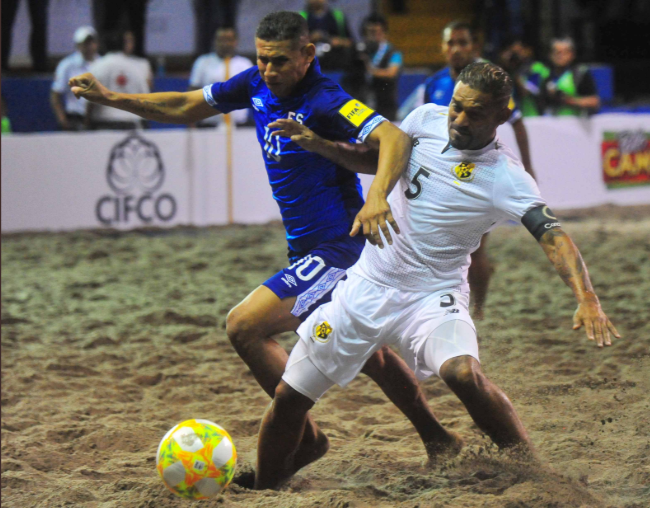 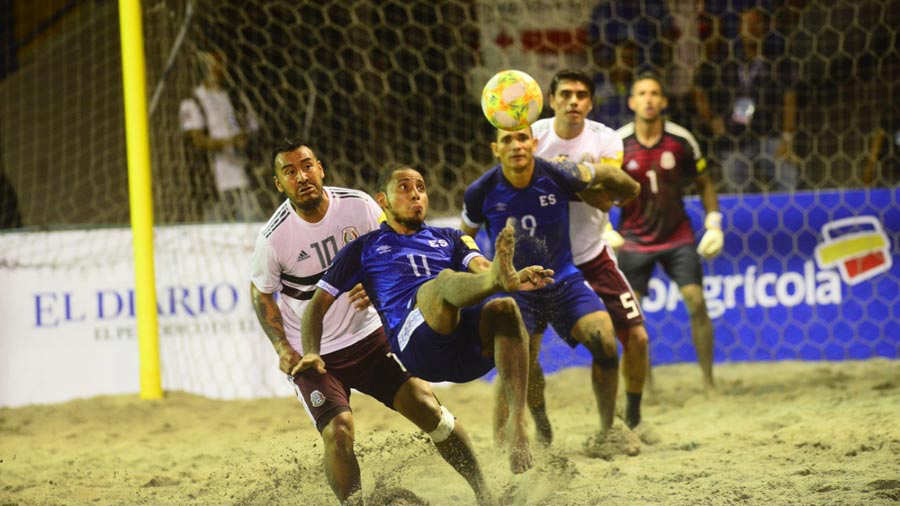 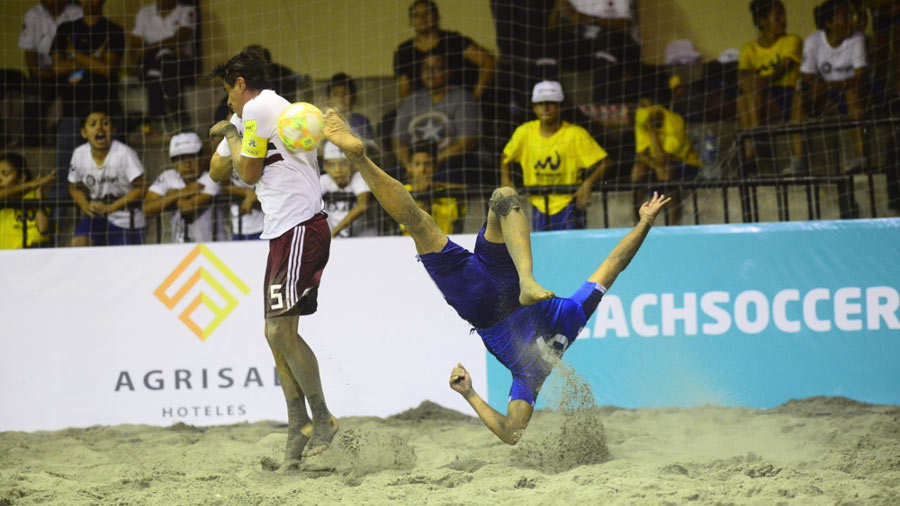 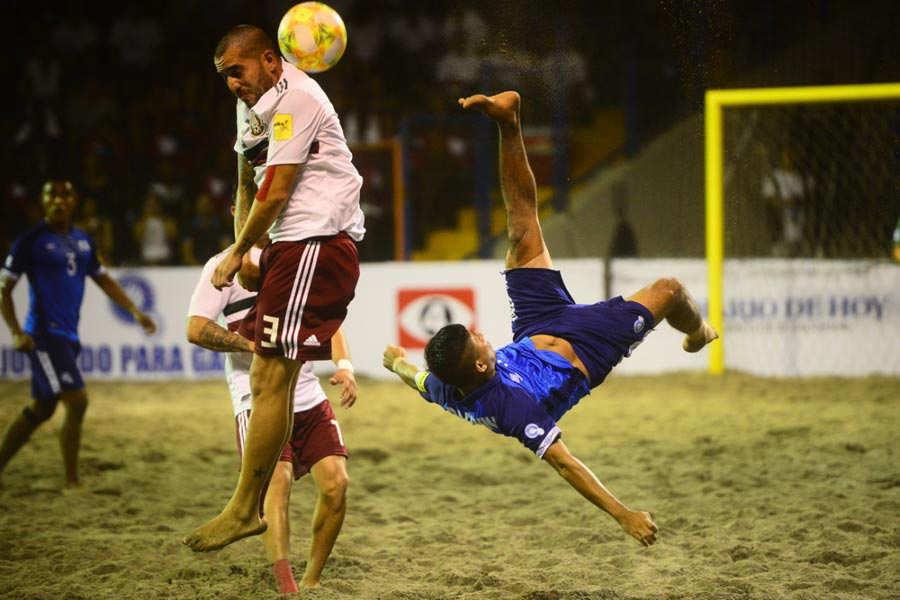 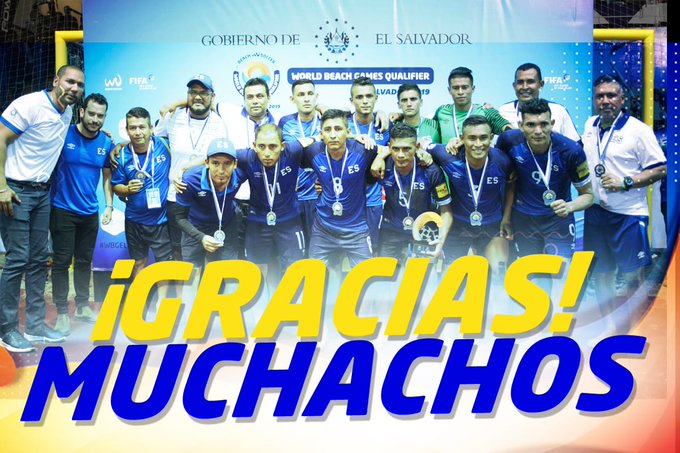 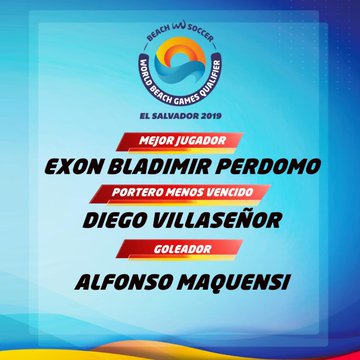 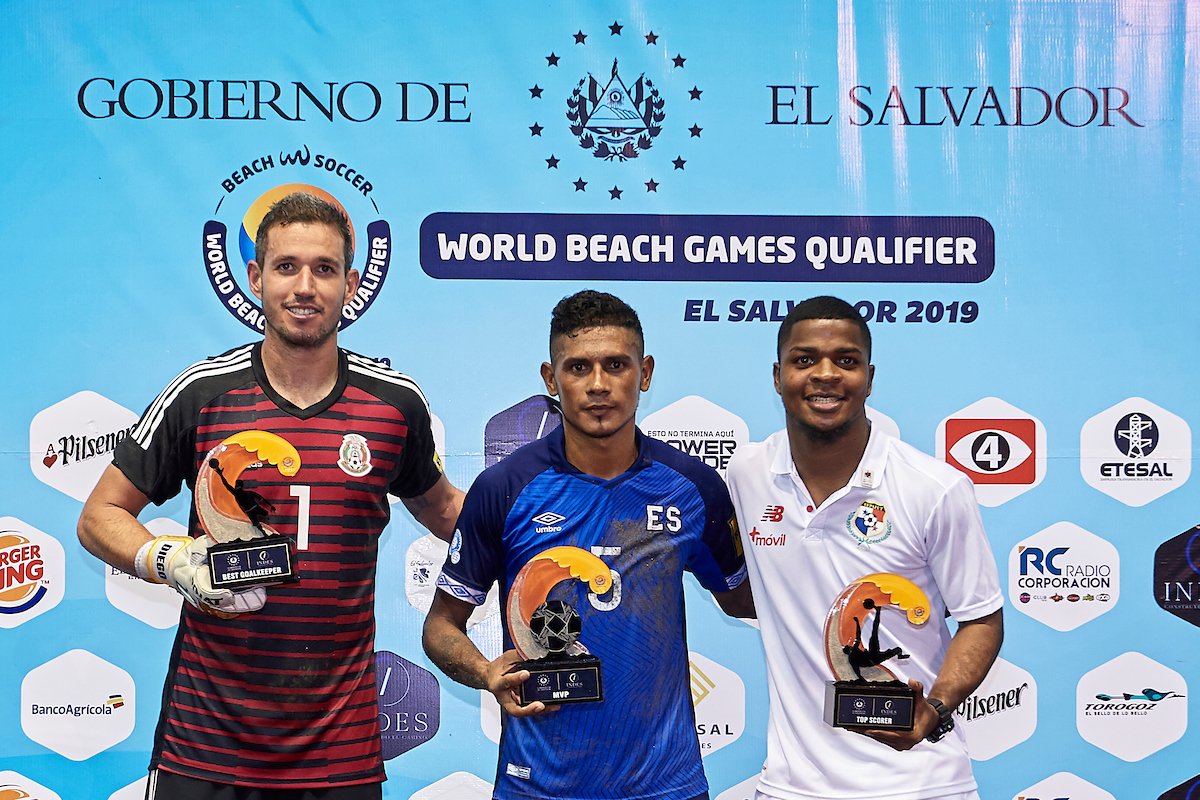 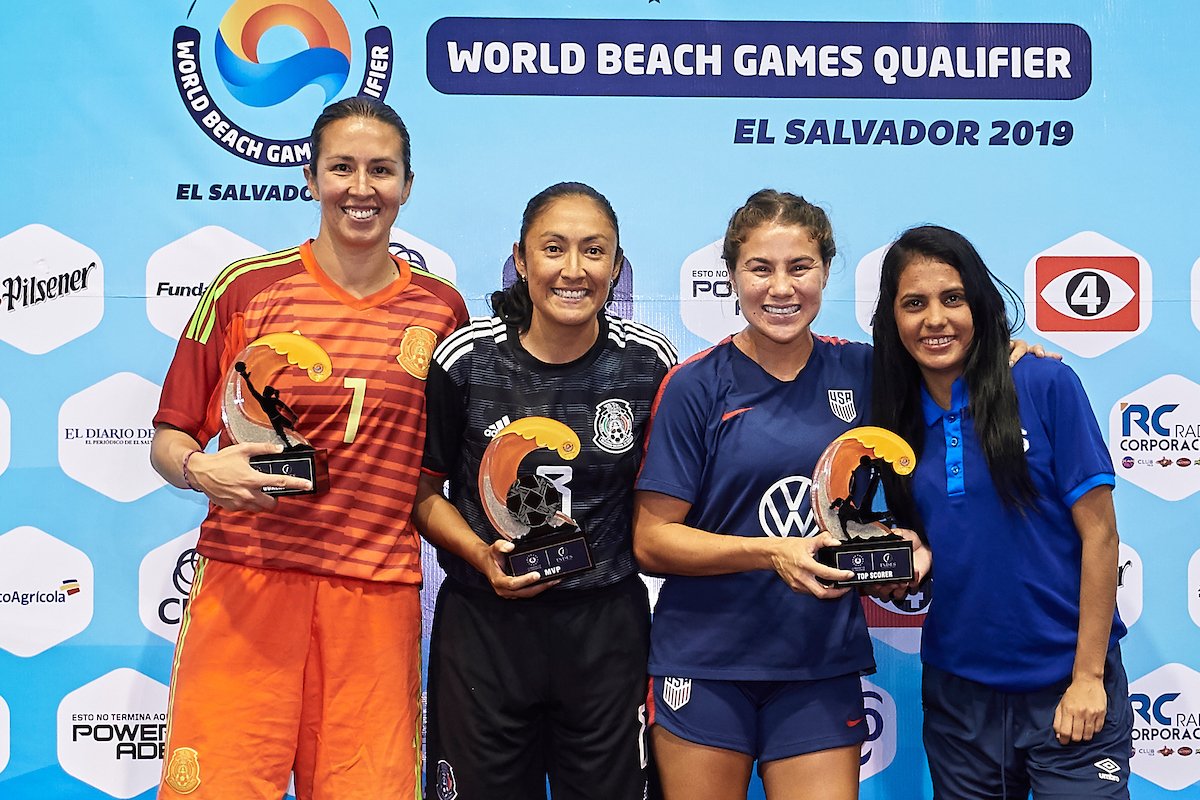